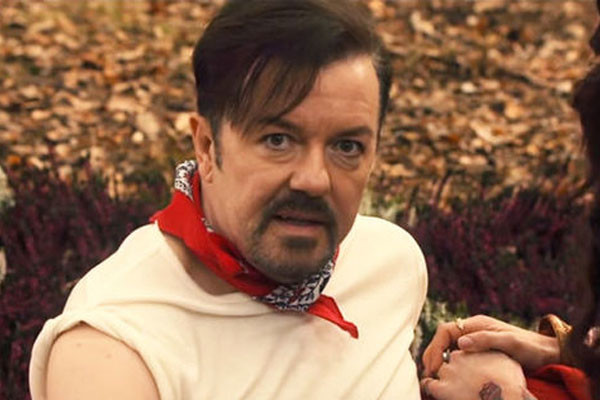 Ricky Gervais can come across a little marmite as a comedian, but that speaks more of his choice of projects than his actual skills as a funny man. He is, after all, behind some of the best TV comedies of the 21st Century, specialising in uncomfortable humour that, at its best, is all a little too relatable. The problem is that, when it comes to films, he’s also behind some of the worst.

It’s almost like there’s two men fighting for control – one moment he’s half of the greatest British writing duo since Clement and La Frenais, the next he’s gurning his way through celebrity run ins and playing a bumbling English cliché.

Of course, there’s also the third side of Gervais; in the early-eighties, he was one half of new wave duo Seona Dancing, then managed Suede for a brief stint, eventually turning to comedy when the musical world spat him out.

Those three sides come together in this week’s David Brent: Life On The Road, with The Office icon resurrected in a movie with mass commercial hopes that boast some of the most cringey mock tunes you’ve ever heard. To celebrate the film’s release, here?s five of his most awesome turns (and five that just plain sucked). Expect awkwardness. Lots and lots of awkwardness.

go to here in the manual